This collection comprises 3,500 volumes (published 1488–1960s) from the original law collection of the Archbishop of Salzburg's Seminary Library, founded in 1579. It was purchased by University of Alberta Library in 1965 on the advice of history professor Dr Helen Liebel-Weckowicz. Approximately half of the books in the Salzburg Collection (generally items published prior to 1800) are housed in Bruce Peel Special Collections, while the other half are dispersed, by subject, among other libraries at University of Alberta. The Salzburg Collection leans heavily toward canon law, but it covers all aspects of law: civil, canon, Church, Roman, criminal, commercial, and constitutional, as well as history and philosophy of law. Also included are books documenting the history, politics, and culture of the Austro-Hungarian Empire, the Holy Roman Empire, and other European countries, regions and societies over several centuries. Researchers can link to a finding aid that lists all items in the collection, and will want to search the main U of A Library catalogue to identify call numbers and request books.

Note:  Dr. Liebel-Weckowicz was instrumental in bringing a second Austrian collection to U of A Library, and there has been some confusion about the relationship between these two distinct collections. The Leseverein Collection, purchased in 1969, comprises the 13,500 volumes remaining in the private library of the Juridical-Political Reading Club of Vienna at the time of purchase. Founded in 1842, the club’s library focused on political science, administration, and law. The vast majority of the books in this collection were published in the nineteenth century, so only a small percentage of them are old enough to be considered rare and housed in the Peel library; the majority of the collection is dispersed, by subject, among several libraries at University of Alberta. A book containing the laws of the Holy Roman Empire, including the Golden Bull (DD 3 H63 1572 folio). 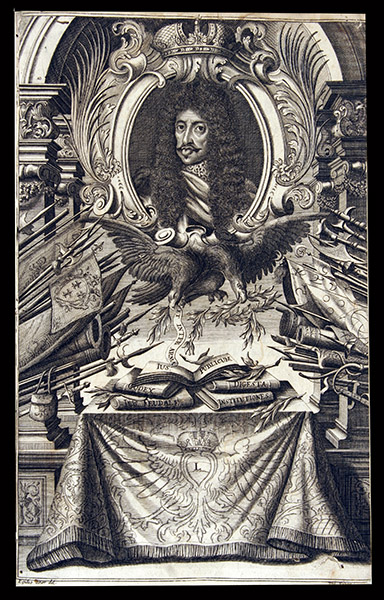 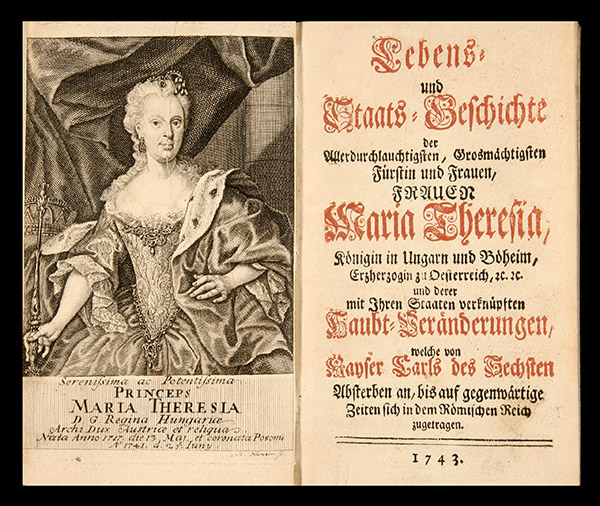 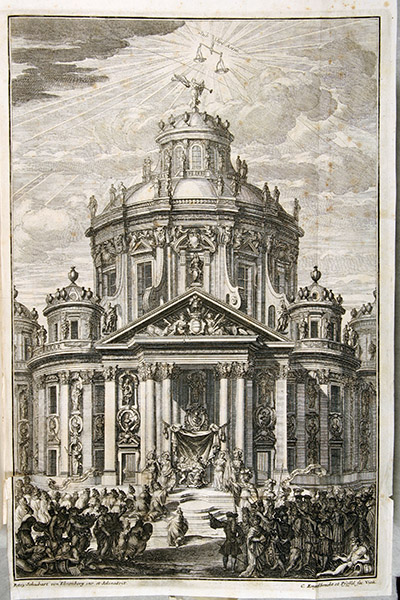 Frontispiece of the first volume of a set of seventeenth- and eighteenth-century Austrian laws (JN 1901 A41 v.1). 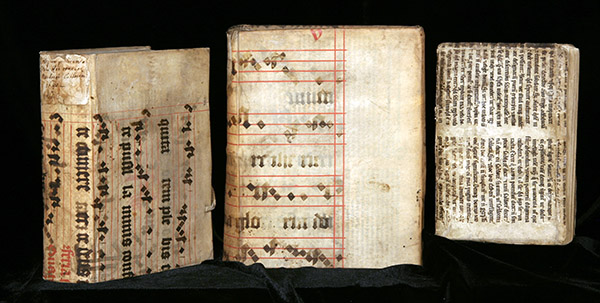 The two volumes on the left are constitutional law bound in Medieval musical scores. On the right is a religious philippic from 1560 bound in a manuscript page from Richard of St Victor's De Emmanuele written before 1150.