Charles van Sandwyk is a celebrated Vancouver artist, illustrator, and author, originally from South Africa. He now divides his time, living in Fiji for half of the year, where he continues to paint and write, and returning to Vancouver to pursue writing, fine press work, paper marbling, and book design. Bruce Peel Special Collections has a large collection of van Sandwyk’s whimsical etchings, books, and ephemera, a collection that showcases his distinctive artistic style. Van Sandwyk has overseen the output of the Fairy Press, which has printed and published many titles that incorporate his artwork and writings, and he launched the Savuti Press in 2009 with Waisiki Doughty. Van Sandwyk is known for having a role in almost every aspect of his books’ productions, from writing and artwork to printing and publishing. An ongoing partnership with the Folio Society has also produced many unique items including The Blue Fairy Book and an exquisitely illustrated Centenary edition of Kenneth Grahame’s The Wind in the Willows, a deluxe copy of which is housed in the Peel library. 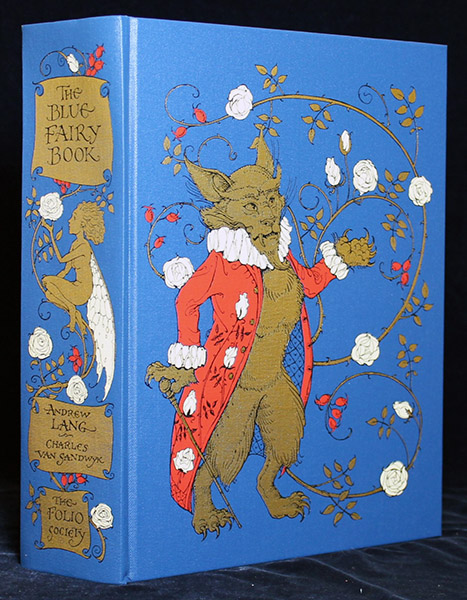 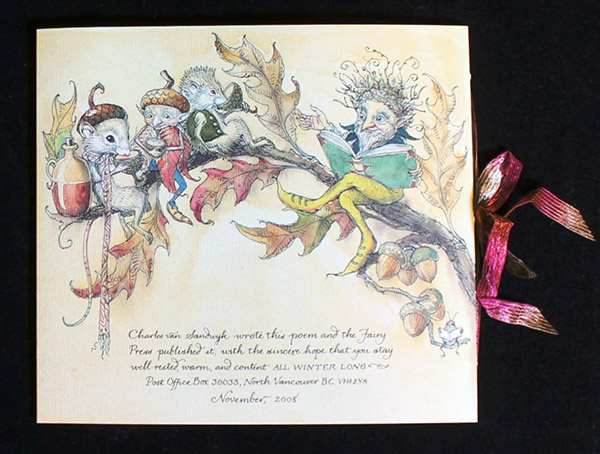 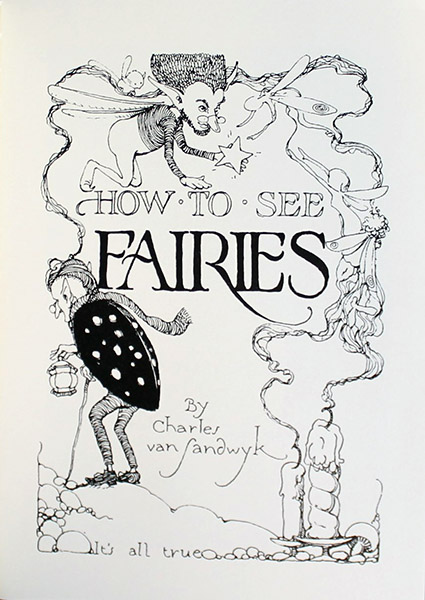