Clennell Haggerston Dickins (1899–1995), best known by the nickname “Punch,” was a pioneer of aviation in Canada. Part of Dickins’s childhood was spent in Edmonton, and he enlisted in the Canadian Army following the outbreak of WWI, serving as a bomber pilot. In the mid-1920s, he served in the RCAF as a test pilot. In 1927, he married Constance “Connie” Gerrie and in 1928 began duties with Western Canada Airways (later Canadian Airways). Dickins was involved in early airmail runs and numerous groundbreaking flights in Canada’s then-unmapped north. During WWII, Dickins served as head of the Atlantic Ferry Command and, following the war, joined de Havilland Canada, working in various capacities until his retirement in 1966. The Clennell "Punch" Dickins Archive, donated by John Dickins (son) in July of 2011, consists of more than 1,200 items. The archive includes a vast collection of photographs, as well as correspondence and miscellaneous materials from Dickins's professional and military career, plus personal memorabilia. Researchers can consult the online finding aid here. 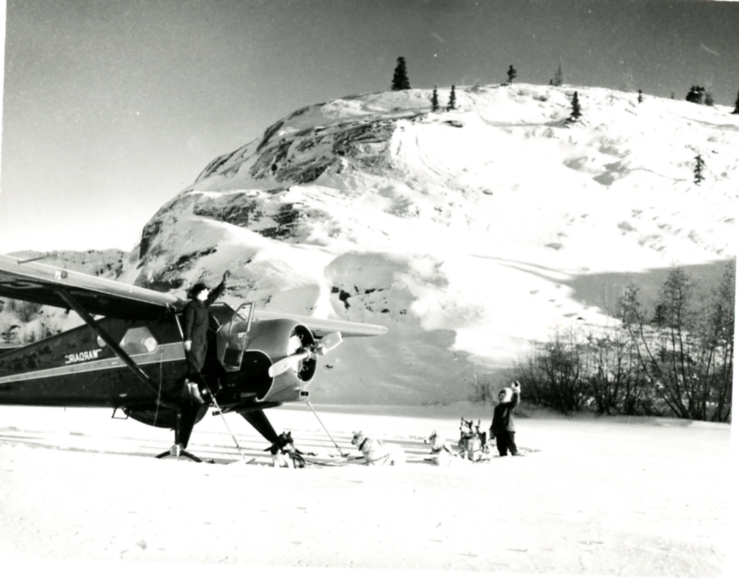 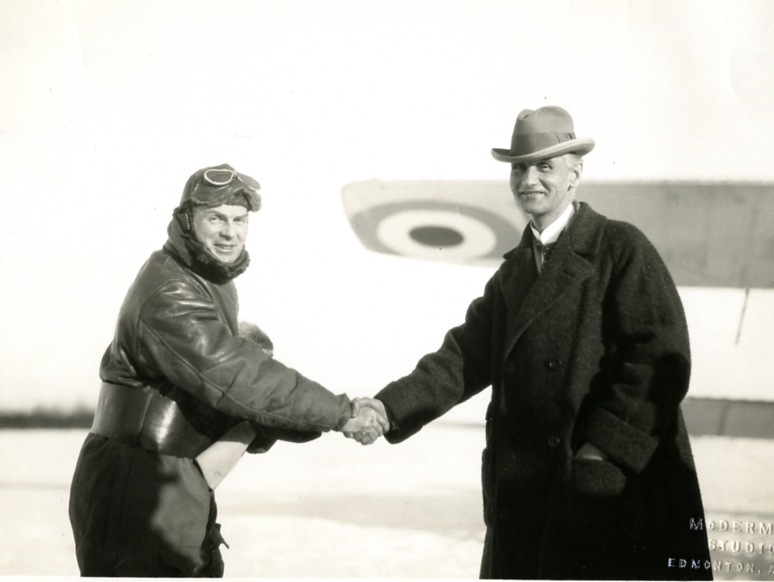 Dickins and Edmonton Mayor Ambrose Bury at the official opening of the Edmonton Municipal Airport, 1927. 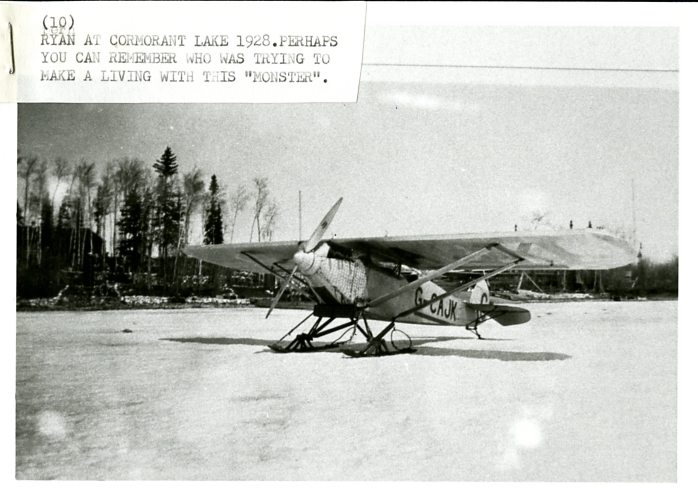 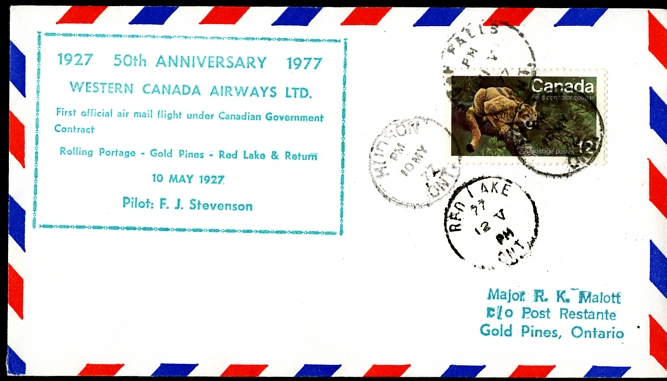 Commemorative airmail cover (1/71) by Dick Malott, made to mark the anniversaries of various airmail flights.