The Peel library is home to a first edition set of the Encyclopédie, ou Dictionnaire raisonné des sciences, des arts, et des métiers, an eighteenth-century French encyclopedia and one of the principal works of the Age of Enlightenment. Edited by Denis Diderot (1713–1784) and Jean Le Rond D’Alembert (1717–1783), the Encyclopédie consists of seventeen volumes, published gradually between 1751 and 1772, with an additional eleven volumes of plates. The Encyclopédie was the first general encyclopedia to include contributions from many writers. These contributors, known as the Philosophes or the Encyclopédistes, were men dedicated to the advancement of science and secular thought. They included Montesquieu, Rousseau, and Voltaire, among others. The Encyclopédie sought to bring all the world’s knowledge together, including “useful knowledge” applicable to everyday life, so that it could be disseminated to the general public and to future generations. At the time of its release, the Encyclopédie was controversial: it was opposed by government officials and suppressed by the French Council. However, the Encyclopédie was widely influential and is now regarded as an intellectual prologue to the French Revolution. To learn more: Visit the University of Michigan Library's “Encyclopédie Collaborative Translation Project” to view some English-translation articles here. Watch Presswork: A Documentary, to learn about the facsimile of an eighteenth-century rolling press commissioned by University of Virginia’s Rare Book School and built based on a diagram in the Encyclopédie. Listen to a CBC Ideas documentary: The Invention of the World: Diderot and the Art of Thinking Freely, Part 1 and Part 2. Subtitled “A Walk Through Paris in Search of Understanding Enlightenment,” the second part of the documentary focuses on Diderot's Encyclopédie.

Collection Formats: 18th Century, Books -- click to see other collections with this format 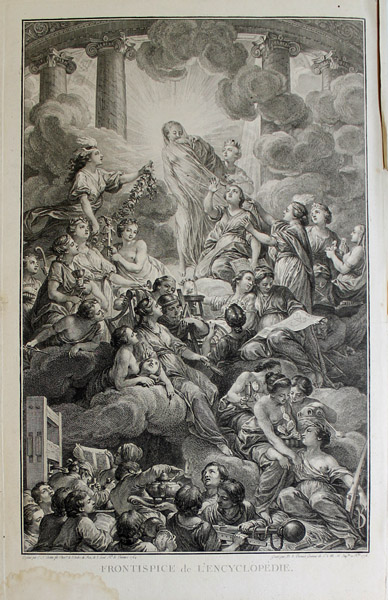 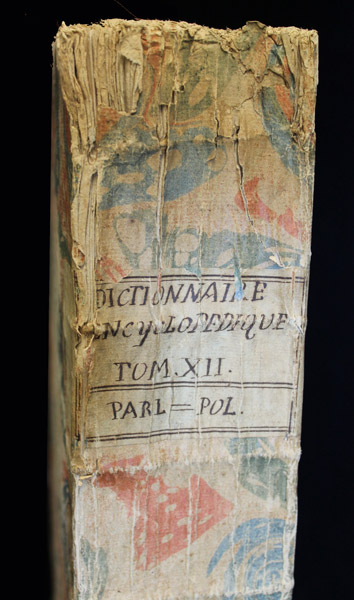 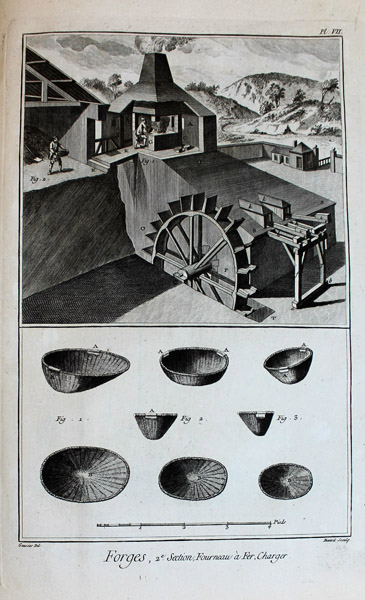