University of Alberta Library acquired a large collection of theatre playbills for study and research in the Department of Drama between the late 1960s and the early 1980s. This collection, more than 800 playbills and a handful of programs, helps to document many of the performances staged in the major playhouses in the United Kingdom from 1779 though 1949. It provides a wealth of information about dramatic performances, ranging from the plays, playwrights, and actors to theatres, dates, and ticket prices. Of potential interest not only for the study of drama, but for the study of book history and graphic design, the collection has been digitized through the Internet Archive. Playbill for Faustus to be shown with other entertainments, including a ballet and a farce, at the New Theatre Royal in Drury Lane in 1825. 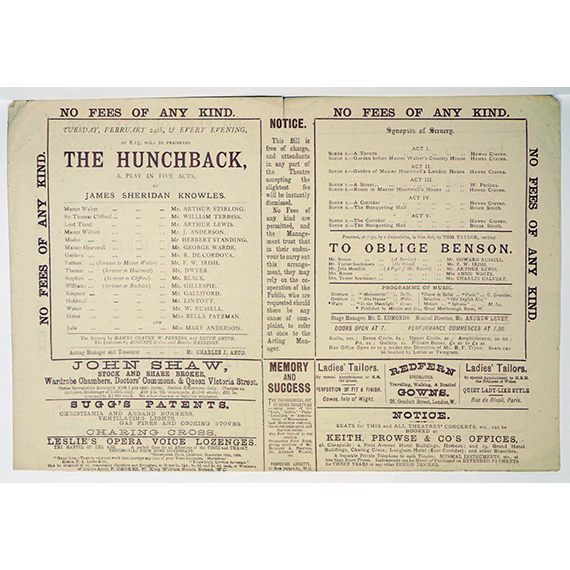 Playbill for free performances of The Hunchback by James Sheridan Knowles at the Royal Lyceum Theatre. 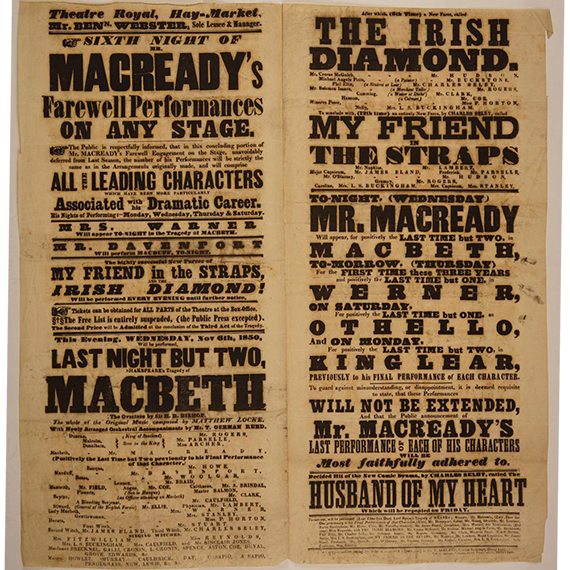 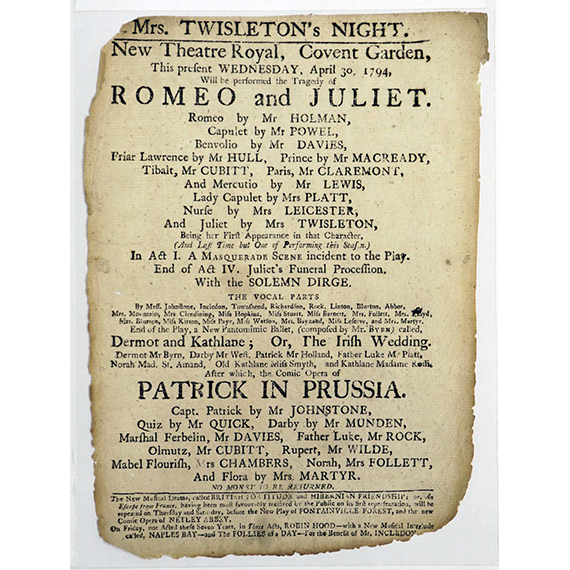 Playbill announcing "Mrs Twisleton's Night," celebrating her performance as Juliet in Shakespeare's Romeo and Juliet, to be followed by a ballet and a comic opera, at the New Theatre Royal in Drury Lane, 1794. 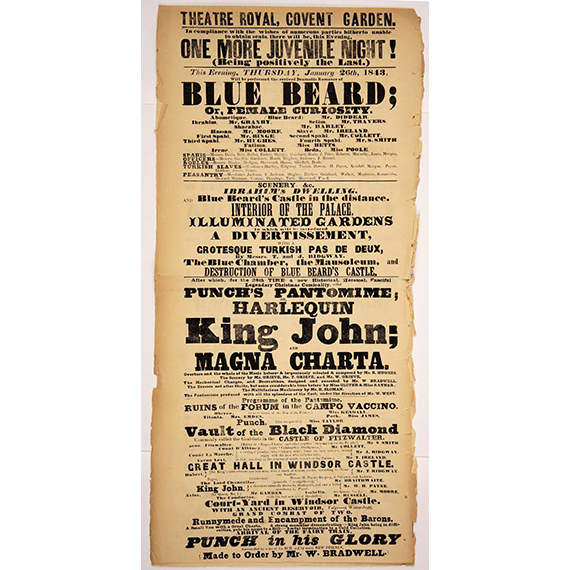 Playbill announcing one last "Juvenile Night," in response to demand, featuring Blue Beard; or, Female Curiousity at the Theatre Royal in Covent Garden, 1843.