The printing press revolutionized printing and publishing in the latter half of the fifteenth century but the earliest publishing formats, including the earliest books, are called “manuscripts” because they were handwritten. This labour-intensive method of reproducing print meant that few copies of manuscripts were made and even fewer copies have survived the centuries. Today, early manuscripts are some of the most treasured items housed in rare book libraries and are therefore frequently made more accessible as digital (see Tinctor or book of hours) or print facsimiles. Complete manuscripts are extremely rare, but half-hidden fragments of early manuscripts are not. This is because it was common practice in the fifteenth, sixteenth, and seventeenth centuries for pages of old manuscripts (probably those that had been partially damaged or those that contained outmoded ideas) to be recycled and reused in the construction of the bindings for new books, either functioning as a temporary softcover binding or as part of the structure of the binding that is hidden from view behind decorative cloth or vellum. Bruce Peel Special Collections has a number of books that are bound in a softcover binding made from the page of an old manuscript, but very few books that are in poor enough condition to reveal the old manuscript pages that form the innards of a beautiful binding. Fugitive manuscript fragments often remain hidden in library collections, but, with the assistance of distinguished visiting scholar Erik Kwakkel, a small group of graduate students and professors were able to date and identify many of those housed in the Peel library during a “manuscript hunt” in October 2012. A report on their findings can be viewed here.

Check out a related story in The Guardian (7 Mar 2019), "Surprise as Unknown Irish Translation of Ibn Sina Discovered in Spine of Book," and another from Heritage Science (6 Feb 2017): "Hidden Library: Visualizing Fragments of Medieval Manuscripts in Early-Modern Bookbindings with Mobile Macro-XRF Scanner." This is an illuminated manuscript, a Flemish book of hours from the fifteenth century (BX 2080 C38). 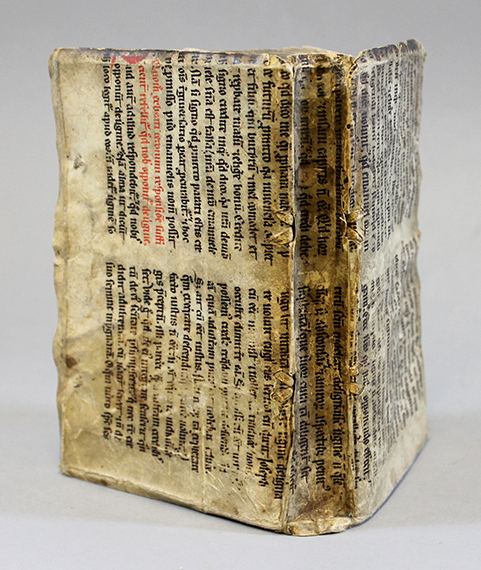 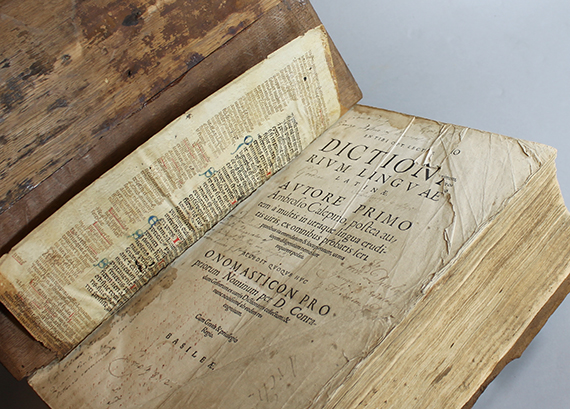 The poor condition of this sixteenth-century law dictionary reveals manuscript fragments used in the construction of the binding (PA 2361 C36 1553 folio). 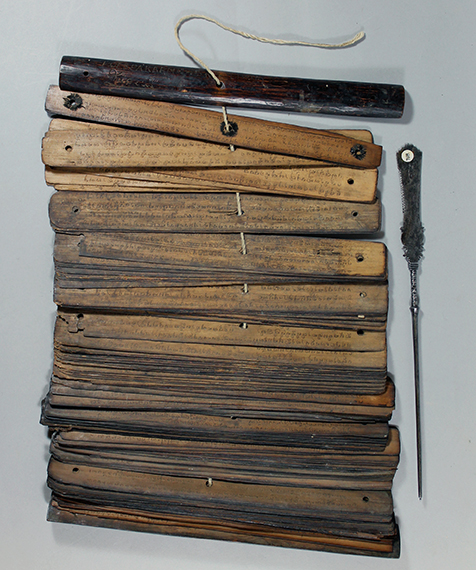 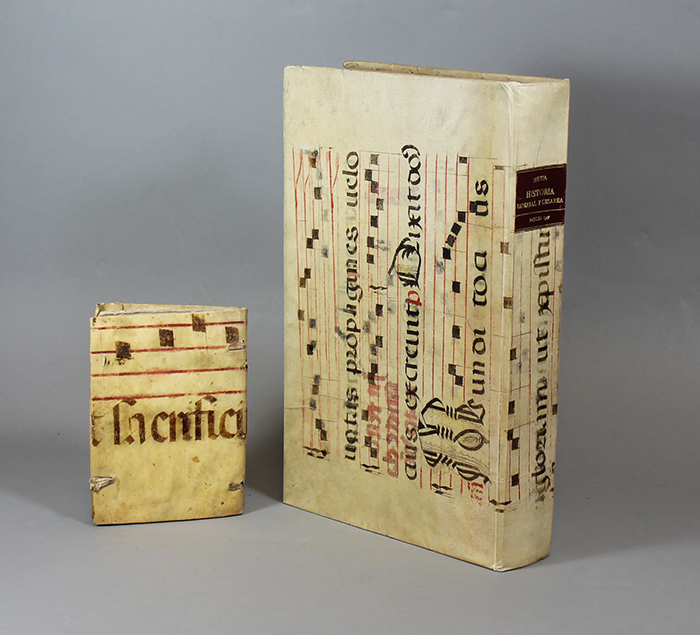