An enduringly popular British writer, Jane Austen (1775-1817) is well known for her depictions of the daily lives and struggles of intelligent upper-middle-class women during the early decades of the nineteenth century. Four of her major novels—Sense and Sensibility (1811), Pride and Prejudice (1813), Mansfield Park (1814), and Emma (1815)—were published during her lifetime, while the other two—Northanger Abbey and Persuasion—were published together posthumously, in 1817. Bruce Peel Special Collections is home to first editions of all of Austen’s major novels, as well as published correspondence and a variety of modern editions of her short works, including adolescent stories and plays that have been published from manuscripts relatively recently: Love & Freindship [sic] (1995), Henry & Eliza (1996), Three Mini Dramas (2006), and The History of England from the Reign of Henry the 4th to the Death of Charles the 1st (2009). It is worth noting that the first edition of Pride and Prejudice was, for many years, one of the most requested books in the Peel library following an influential story in the Edmonton Journal (28 Jan 2013) by Paula Simons about the two hundreth anniversity of its publication. 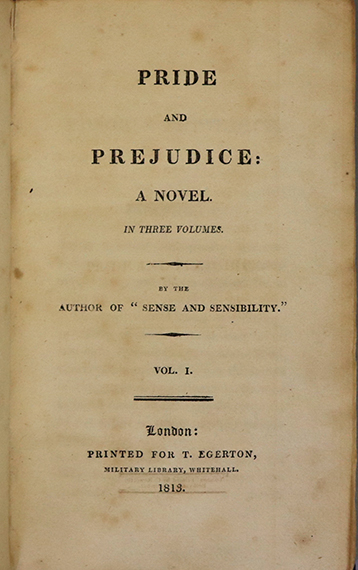 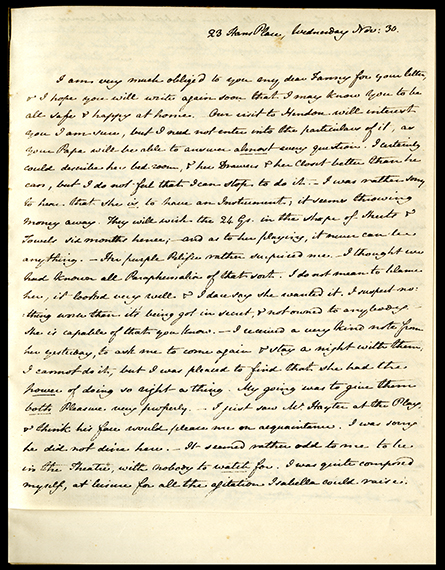 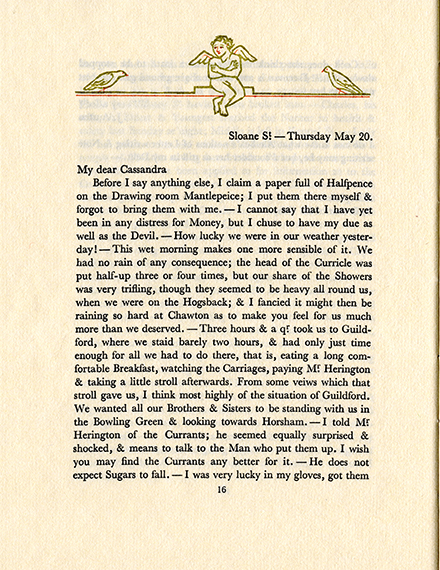 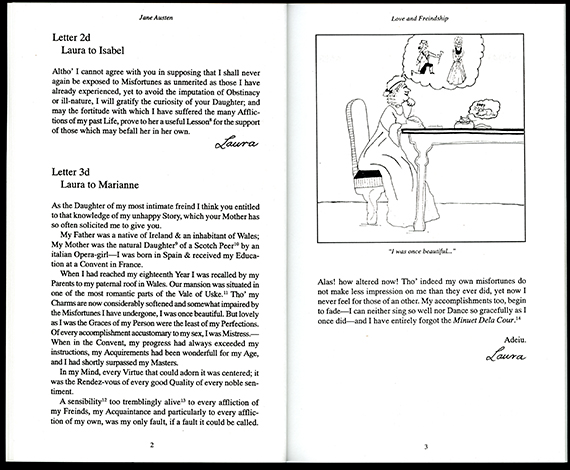 Newly illustrated edition of Love & Freindship [sic], edited by Professor Juliet McMaster and the students of English 659 at the University of Alberta (PR 4034 L89 1995).