The Garretson Archive is focused entirely on the American bison (or buffalo), its history and cultural impact, as well as conservation efforts made on its behalf. The archive comprises sketches and paintings, correspondence, postcards, articles and clippings, and numerous photographs of bison and people concerned with them and their fate, as collected by Martin S. Garretson (1866–1955). Garretson was a curator for more than 20 years at the New York Zoological Gardens’ Museum of Heads and Horns, a prominent member of the American Bison Society, and an ardent early conservationist of the American buffalo after their near annihilation in the mid-1880s. Also a notable artist and collector, Garretson developed both institutional and personal collections of western artifacts and archives, partly out of his own long-standing interest in saving remnants of the West (as he was a former cowboy). The archive housed in Bruce Peel Special Collections was acquired in 2009 from Dr George W. Arthur, an archaeologist and former department head at the University of Regina in Saskatchewan, as an adjunct to his previously donated collection on bison, the George W. Arthur Collection, housed in the University of Alberta’s Research and Collections Resource Facility (RCRF). In 2012, an exhibition curated by Ken Tingley, Edmonton's first Historian Laureate, showcased the treasures in these two collections. Information about the exhibition can be found here. A photograph of Black Dog, at 2800 lb, reportedly the largest bison in the world at the time. 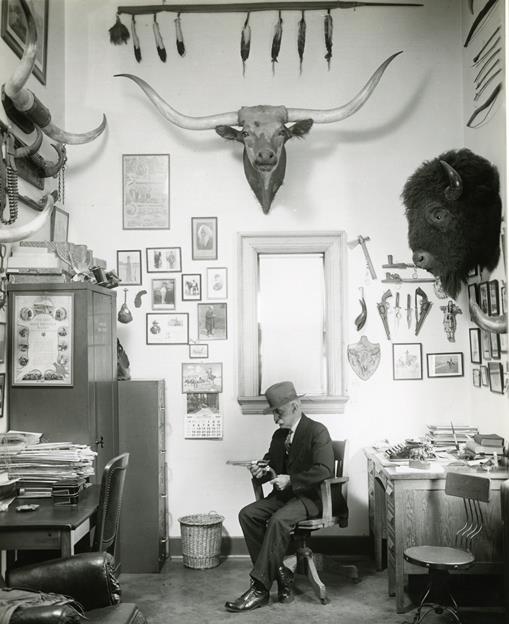 Martin S. Garretson in his office at Museum of Heads and Horns. 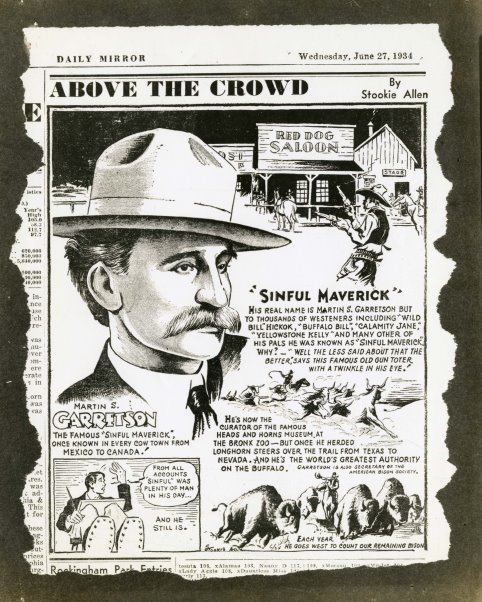 A feature on Martin S. Garretson in The New York Daily Mirror. 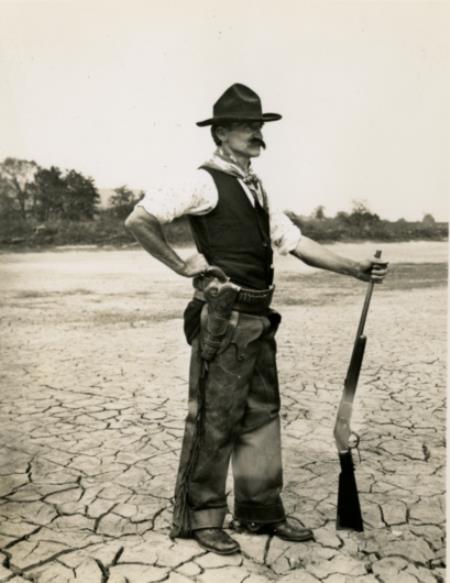 A photograph of Martin S. Garretson.