Retired Staff Sergeant Al Lund joined the RCMP in March 1960, and shortly thereafter he purchased The Queen’s Cowboy by Kerry Wood. This purchase launched a campaign of collecting Mountie-themed materials that would continue for half a century and would build a comprehensive collection with many thousands of items in a wide range of formats, including books, comics, magazines, brochures, and pamphlets. The collection includes both fictional and nonfictional representations of Mounties, ranging from historical accounts to Harlequin romances, from memoirs to magazines. Most of the materials were published in Canada, Great Britain, or the United States. The collection features a number of celebrated authors, including American author Zane Grey and Canadian novelist Ralph Connor. It also features well-known cartoon characters, such as Donald Duck and Dudley Do-Right, dressed in the iconic scarlet and gold that is recognized around the world. Donated by Lund in installments since 2008, this collection nicely compliments the Sir Samuel Benfield Steele Family Archive, also housed in Bruce Peel Special Collections. Some collection highlights are showcased in the exhibition and catalogue entitled Mounties on the Cover (2017), curated by Al Lund himself. Some of the books in this collection can be found by searching “RCMP Book Collection of S/Sgt. Al Lund” here, while the other items (comics, magazines, pamphlets, etc.) are itemized in an online finding aid. A photo of Al Lund at Bruce Peel Special Collections with the exhibition catalogue for Mounties on the Cover. 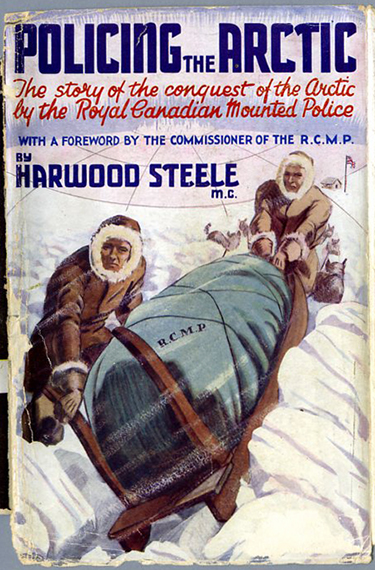 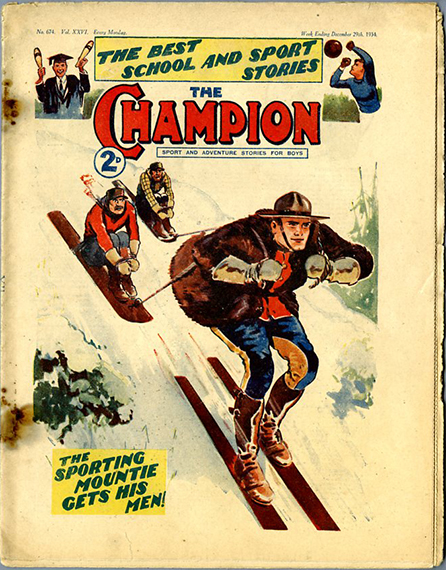 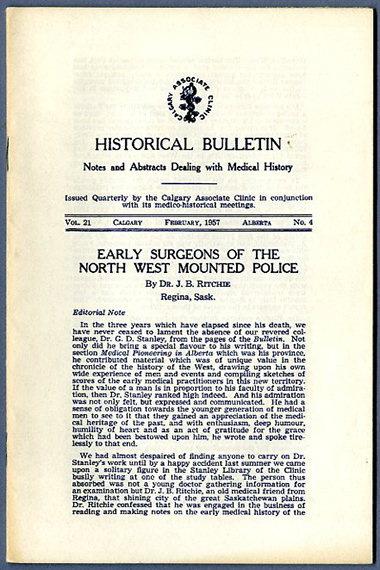 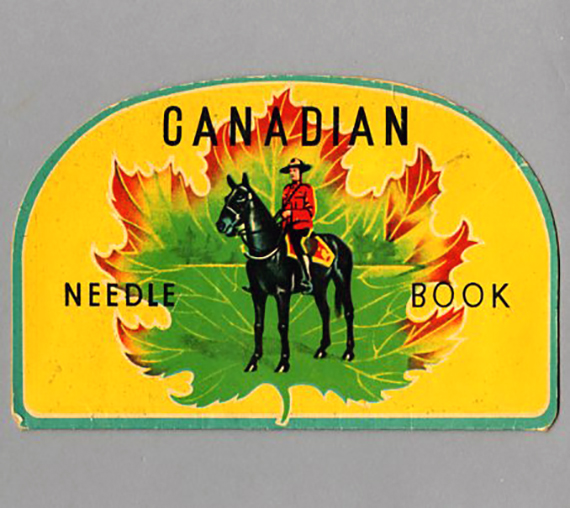 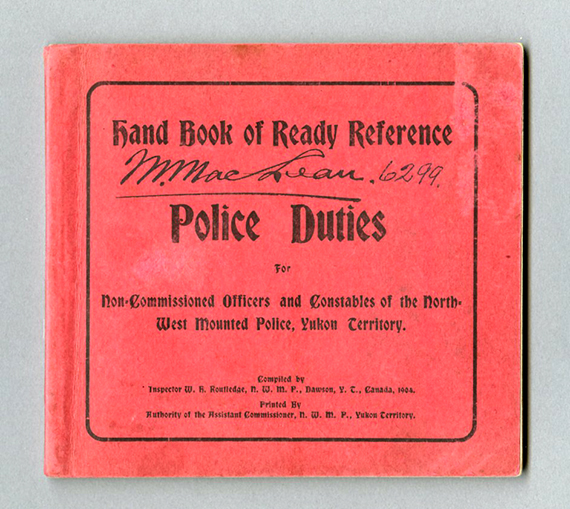