Samuel Taylor Coleridge (1772-1834) was a profoundly influential British poet, literary critic, and philosopher who is best remembered for his long poems—“The Rime of the Ancient Mariner” (1798) and “Kubla Khan” (1816)—and for his most significant work of literary criticism: Biographia Literaria (1817). Perhaps even more significant, it was the publication of a collection of poems by Samuel Taylor Coleridge and William Wordsworth—Lyrical Ballads with a Few Other Poems (1798)—that marked the beginning of the Romantic Movement in English Literature. It is worth noting that Coleridge’s poor health led to a long-term struggle with opium addiction, a fact that helps to account for the ebb and flow of his career. Bruce Peel Special Collections is home to first and early editions of Coleridge’s poems, such as Poems on Various Subjects (1796); his prose, such as Biographia Literaria (1817); and his plays, such as Remorse: A Tragedy in Five Acts (1813). His most famous poem, “The Rime of the Ancient Mariner,” was originally published in Lyrical Ballads (1798). It was published in a revised edition in 1817 and in numerous subsequent special editions, many of which are housed in the Peel library, including an 1863 edition with lithographs by J. Noel Patton and a 1926 edition illustrated by Willy Pogány. 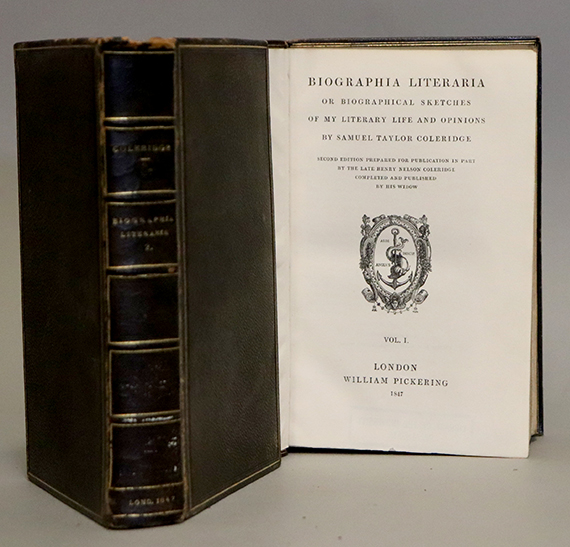 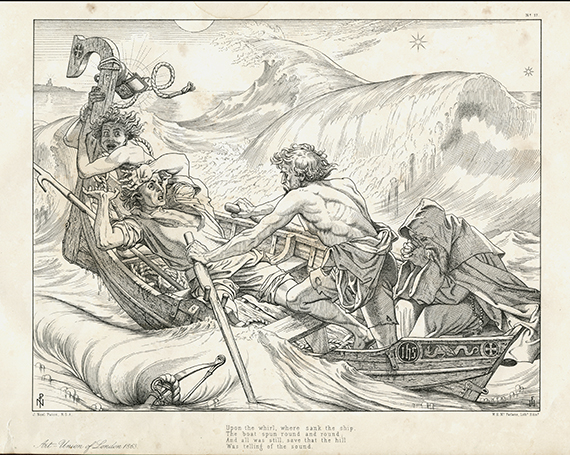 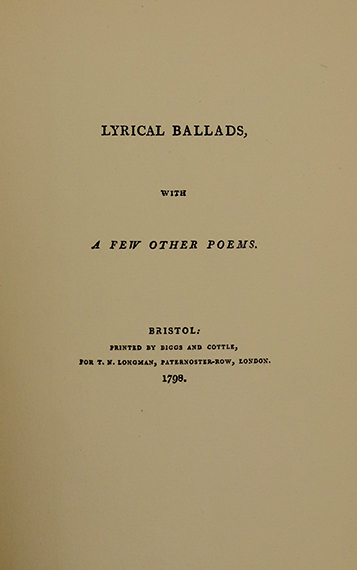 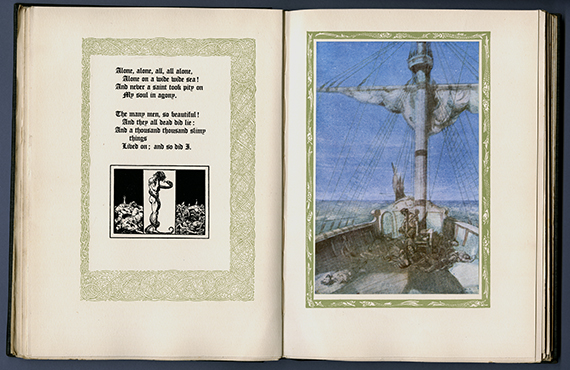