For four centuries, European explorers sailed the Arctic hoping to establish a maritime trade route to Asia. They sought a northwest passage through the Arctic Archipelago in what is now the Canadian north. Early maps were misleading and riddled with errors, and one of the triumphs of this period of exploration was the mapping of the Archipelago’s many islands and straits. Bruce Peel Special Collections is home to a growing selection of works from this period, spread throughout a number of the library’s collections including the A.C. Rutherford Collection and the Gregory Javitch Collection. What began as a collection of rare books—accounts of voyages, journals of explorers, and scientific reports—has since expanded to include pamphlets, photo albums, posters, and other ephemera, and contains works by such notable figures as James Cook and Sir John Franklin. These items treat a range of topics relating to the north, including geography, atmospheric conditions, plant and animal life, and the lives of the Indigenous peoples that the explorers encountered. The many travel accounts, detailed maps, and striking images make this collection a valuable resource for those interested in Arctic life and exploration. Map from a collection of tracts by Daines Barrington and Mark Beaufoy concerning the North Pole and the existence of a northwest passage (G 615 B27 c.3). 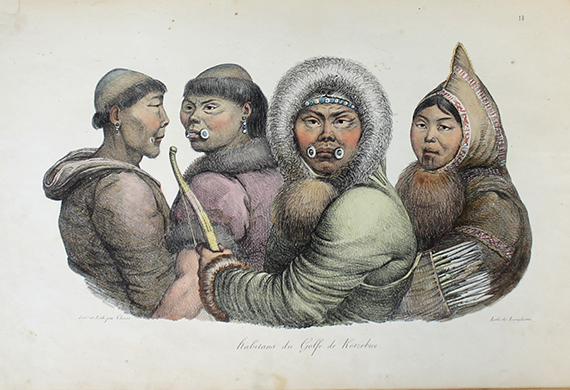 Image of the Indigenous inhabitants of the Gulf of Kotzebue by Louis Choris in Voyage pittoresque autour du monde (G 420 K84 C55 folio). 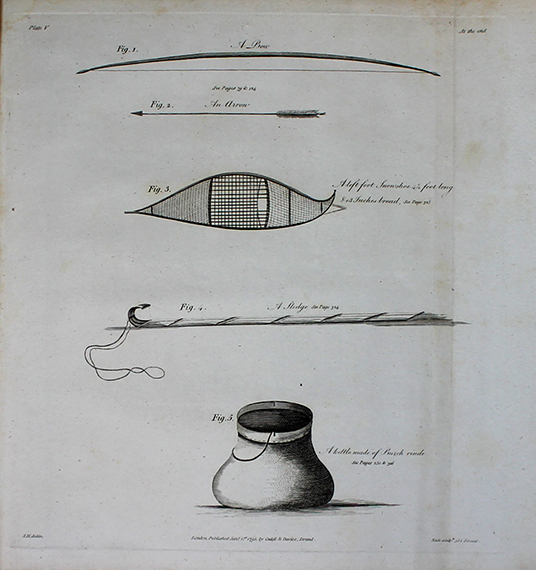 A plate of implements of the northern Indigenous peoples, including a bow, arrow, snowshoe, sledge, and kettle (FC 3212 H43 1795 folio). 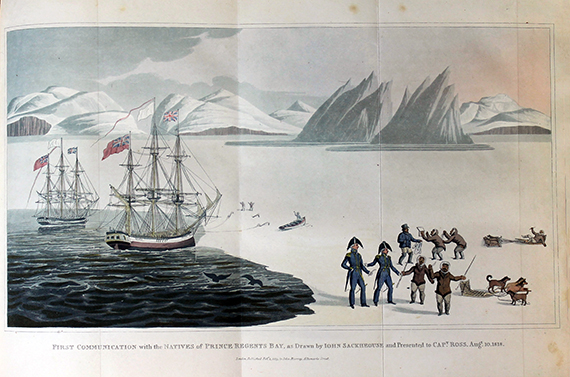 An encounter between explorers and the Indigenous people of Prince Regents Bay, from John Ross's Voyage to Baffin's Bay (G 650 1819 R82). 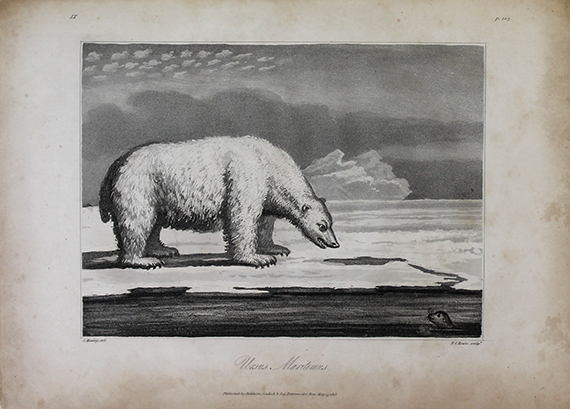 A face-off between a polar bear and a seal from an illustrated travel account by Bernard O'Reilly (G 650 1817 O66).