This collection includes almost 200 books and ephemeral publications by and about Charles Dickens, with a large number of first and early editions in various formats, including first-edition parts and single- or multi-volume novels. These early editions include Oliver Twist (1838), The Old Curiosity Shop (1841), A Christmas Carol (1843), Bleak House (1853) and Great Expectations (1861). The collection also includes adaptations, collected works, and recent fine press editions. Adaptations comprise titles such as The Pic-Nic Papers (1841) by various hands, The Penny Pickwick (1837–39), a penny dreadful published by Edward Lloyd, and The Pickwick Club; or, The Age We Live In: A Burletta in Three Acts (1837), an adapted play by Edward Stirling. Ephemera includes an illustrated ticket to a theatrical performance by the Guild of Literature and Art (established by Dickens and Bulwer Lytton) and an exceedingly scarce 1857 program listing Charles Dickens as an actor in The Frozen Deep, a play by Dickens’s lifelong friend Wilkie Collins and heavily edited by Dickens himself. The play was inspired by the Franklin Expedition, which left England in May 1845 in search of the Northwest Passage. Although Dickens is remembered today for his fiction, this item highlights his strong ties to theatre. More modern, related works, like Rachel Walsh’s The Metaphorical Kindle: Explaining the Kindle to Dickens (2001), add dimension to the strong collection of works by and about Charles Dickens housed in Bruce Peel Special Collections. 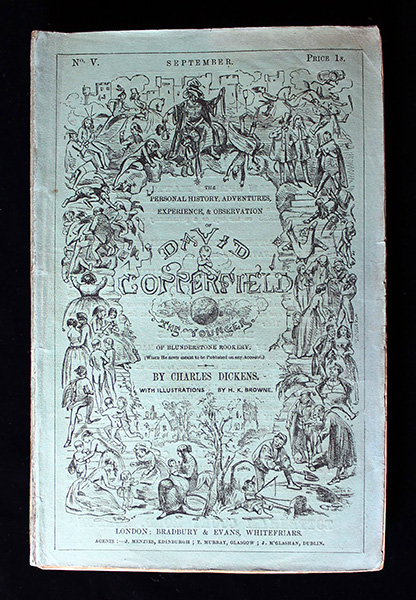 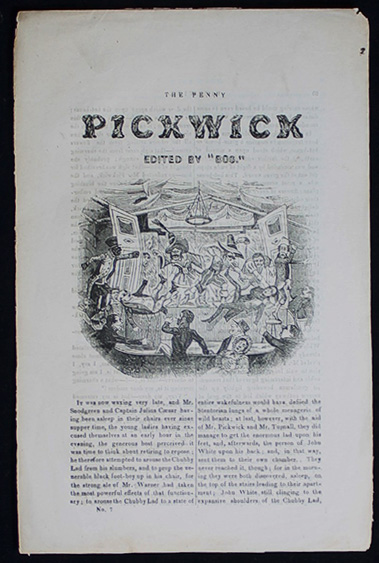 The Penny Pickwick (uncatalogued; housed with other penny dreadfuls). 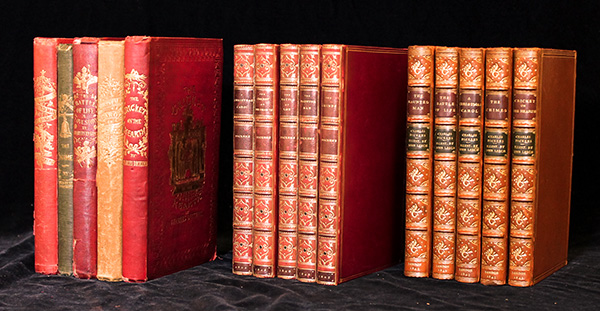 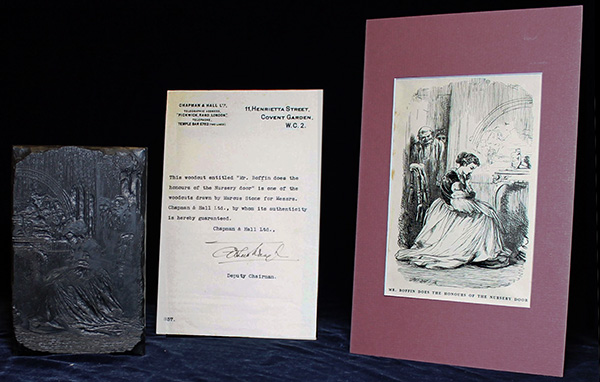 Woodcut and illustration from Dickens' Our Mutual Friend entitled "Mr Boffin does the honours of the nursery door," accompanied by a letter from publisher Chapman & Hall attesting to its authenticity. From The Nonesuch Dickens (PR 4550 F37).