The popular publication of literary fiction by Charles Dickens and others in inexpensive paperback parts in the 1830s and 1840s inspired new formats for cheaply-produced popular literature. Penny-priced publications initially covered a range of subjects, including pirated and condensed versions of major novels by Dickens and others, but soon they became closely connected with the British craze for Gothic romance and “true crime” stories. The increasingly melodramatic content and garish cover illustrations combined with poor production quality led these inexpensive publications to become known as “penny dreadfuls.” By the later decades of the nineteenth century, the penny dreadful (in Britain) became associated with popular adventure stories for boys. The “dime novel” and the "nickel weekly" are the American equivalents of the British penny dreadful. The dime novel was introduced in the 1860s with frontier adventure stories, and by the 1870s, readers could find sensationalized versions of detective stories, romances, urban outlaw tales, and "rags-to-riches" stories in this format. Bruce Peel Special Collections has a small sampling of penny dreadfuls and a representative collection of dime novels (including full runs of the Deadwood Dick Library and Beadle's Frontier Series). Find more information about the library’s dime novels here.

Collection Formats: 19th Century, Ephemera -- click to see other collections with this format Newspapers across England have been reporting on sightings of Spring-Heeled Jack since the 1830s. By the 1860s, the urban legend began to appear in penny publications. Initially a terrifying figure, he evolved into a dark antihero, the precursor of Batman. (uncatalogued) 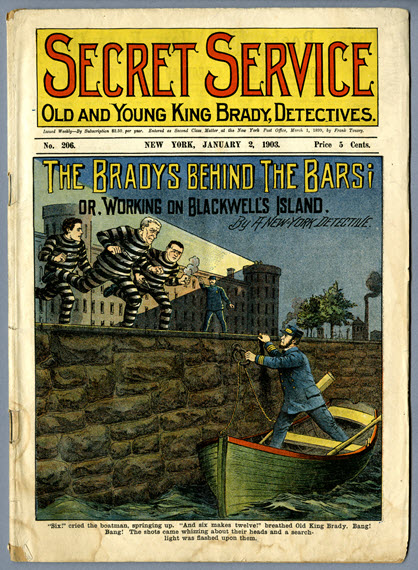 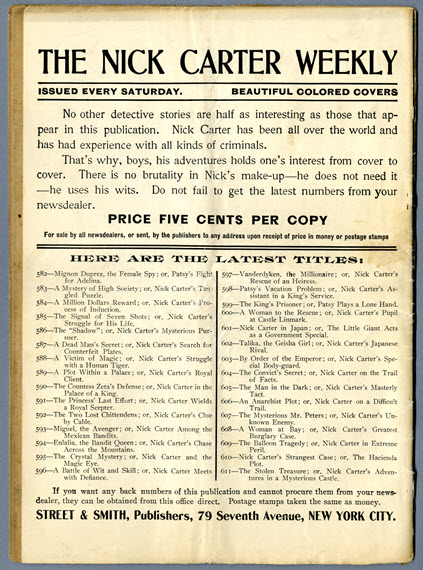 Issue No. 609 of the nickel weekly The Nick Carter Weekly. Housed in the Dime Novel Collection (PS 648 D55 folio). 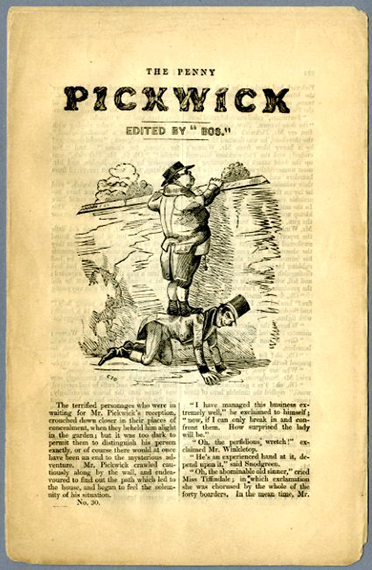 In the 1830s and 1840s, penny versions of Charles Dickens' novels, often poorly written and poorly produced, were very popular. The Penny Pickwick No. 30 (uncatalogued). 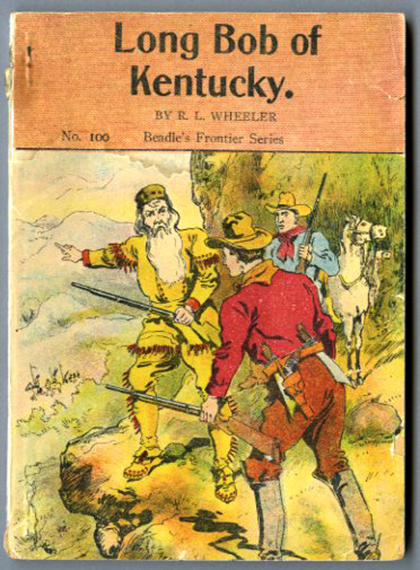