As a student of entomology, Ronald Madge spent his summers working for Canada’s Department of Agriculture on insect surveys in southern Canada, Alaska, and the Canadian high arctic. After completing his doctoral dissertation on the classification of the coleopteran genus Lebia at the University of Alberta, under the supervision of Dr George E. Ball, and a post-doctoral fellowship at the Natural History Museum in London, Dr Madge was employed from 1965 to his retirement in 1992 at the insect identification and taxonomic research division of the Commonwealth Institute of Entomology, part of the Commonwealth Agriculture Bureau (now CAB International). Dr Madge reports that his work in several “wonderful libraries” in London, particularly in the extensive library at London’s Natural History Museum, made a lasting impression and inspired him to help his alma mater strengthen its holdings of entomology’s classical works. His generosity has allowed Bruce Peel Special Collections to build one of the great collections of historic entomology, a collection that is notable for books, pamphlets, and broadsides (posters) of both scientific significance and great aesthetic beauty. The collection was featured in a Peel library exhibition curated by Professor Ball in 2004-05 entitled, The Art of Insect Illustration and Threads of Entomological History. More than 500 books from the Madge Collection can be viewed through Gale's Nineteenth Century Collections Online database in the Entomology section under the heading, "Science, Technology, and Medicine: 1780-1925, Part II," and a selection of these books can be viewed through the Internet Archive. Peel houses a collection of Ian Sheldon’s Entomological Illustrations which may also be of interest. A collection of 284 mounted ink, gouache, and watercolor images of butterflies, created by an unknown artist and assembled by an unknown collector (QL 543 S35 1780 folio). 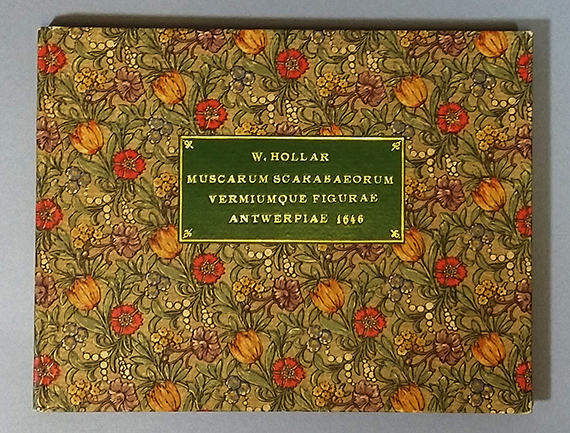 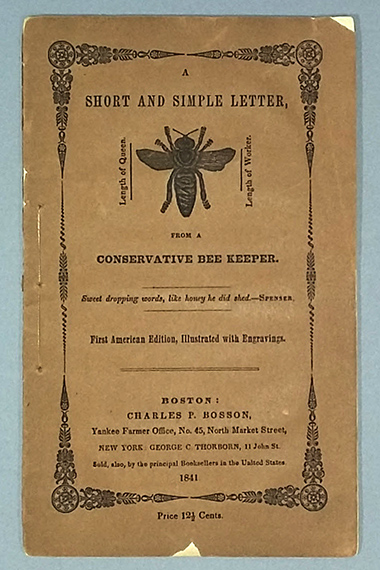 Title page from A Short and Simple Letter from a Conservative Bee Keeper by William Charles Cotton (SF 523 C68 1841). 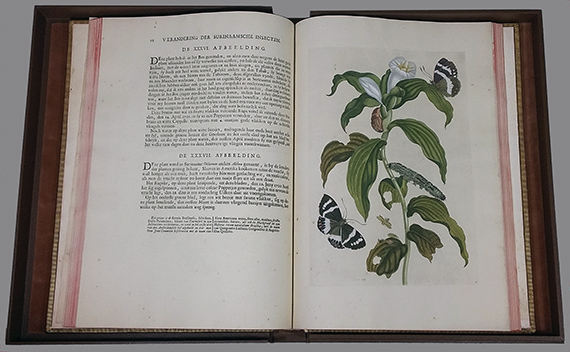 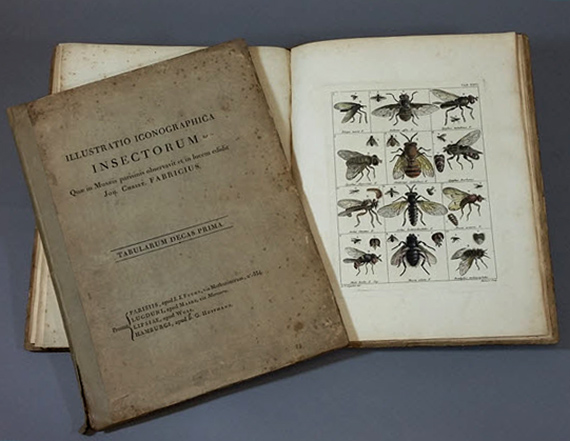