Ian Sheldon, an award-winning and multi-medium artist, was born in Edmonton in 1971. From 1990 to 1995, he studied Natural Science at Cambridge University, during which time he became recognized for his watercolours of the city's architecture. Sheldon moved back to Canada in 1995 when he began his Masters of Science at the University of Alberta. After completing his masters, Sheldon found work as an illustrator, combining his knowledge of wildlife and talent as a visual artist. His wildlife illustrations have been featured in dozens of nature guides over the years. The Ian Sheldon fonds in Bruce Peel Special Collections consists of 645 original gouache and ink illustrations of various insects such as butterflies, moths, and beetles. Sheldon created these illustrations between 1999 to 2016 for various publications, including Bugs of Alberta (2000), Bugs of British Columbia (2001), and Butterflies of British Columbia (2006), among others. These publications and others are available through the library catalogue and are also included in this collection. Please click here to access the Ian Sheldon fonds finding aid and refer to the Dr Ronald B. Madge Entomology Collection for more entomological materials housed at the Peel library. 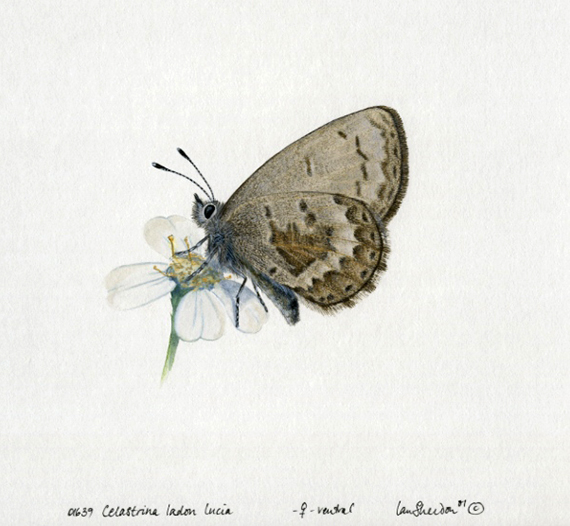 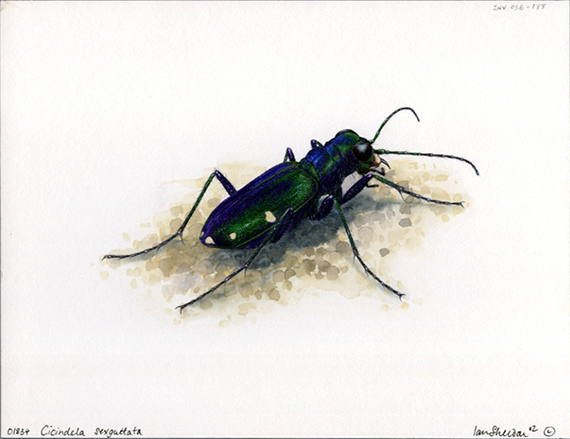 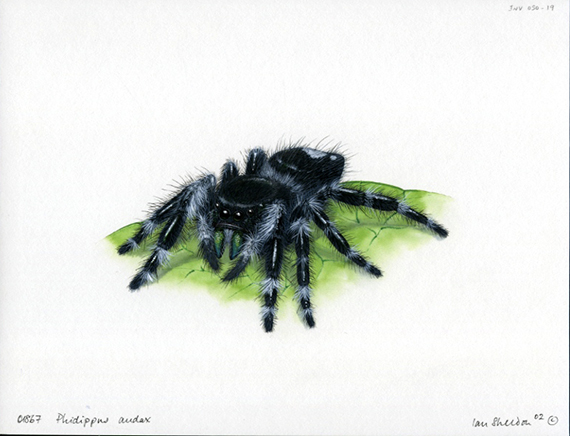