A prolific English poet, pamphleteer, and historian, John Milton (1608–1674) is best known today for his long poem, Paradise Lost (1667). Bruce Peel Special Collections is home to first editions of Milton’s early tracts, including Of Reformation (1641), The Reason of Church Government (1641), The Doctrine and Discipline of Divorce (1643), and The Tenure of Kings and Magistrates (1649). The collection includes first editions of his major prose works: History of Britain (1670), Artis Logicae (1672), and A Treatise on Christian Doctrine, which was first published in translation in 1825 after the unpublished Latin manuscript was discovered in London’s Public Record Office some 160 years after it was written. Milton's poetic works are well represented with early and special editions of Paradise Lost, as well as the first edition of Paradise Regained (1671), published with Samson Agonistes in a single volume. Several of the later editions of Paradise Lost feature iconic illustrations by William Blake, the most notable of which—the Arion Press edition—includes Blake’s illustrations on thirteen large plates, facsimiles of the originals housed in the Huntington Library. 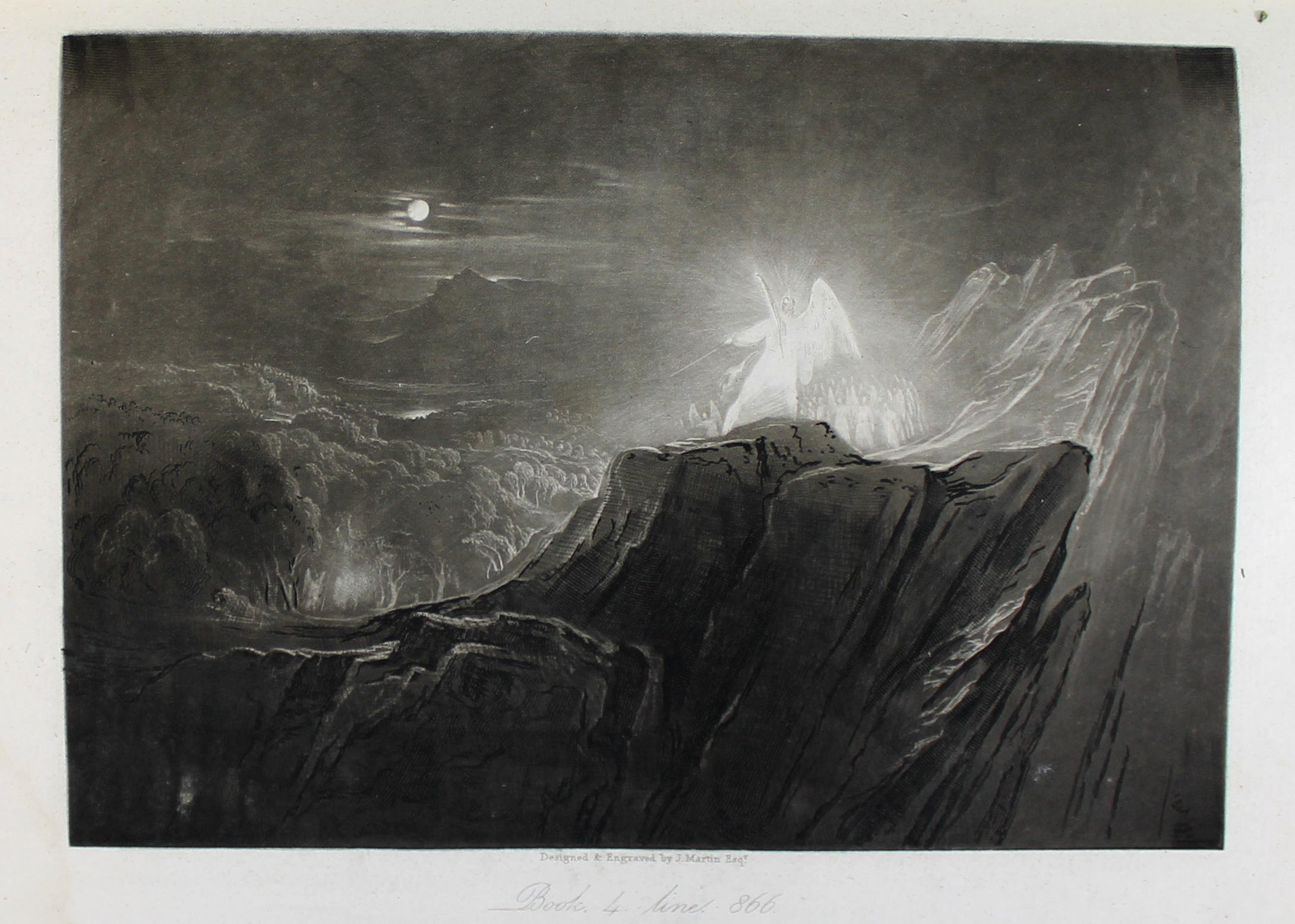 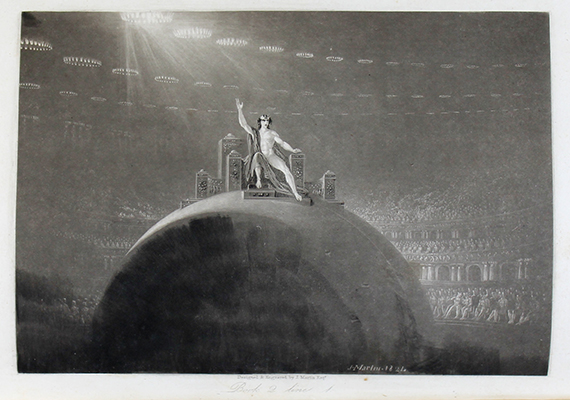 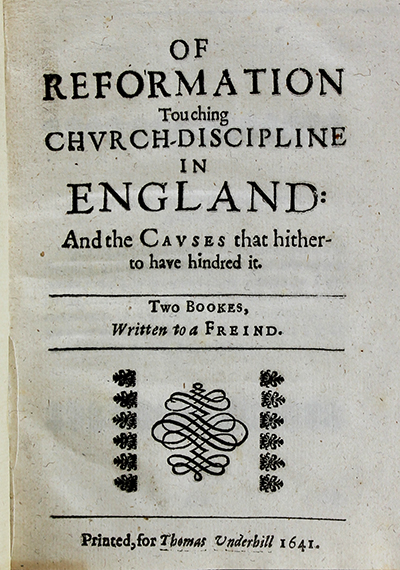 Of Reformation Touching Church-Discipline in England: And The Causes That Hitherto Have Hindered It (PR 3570 O32 1641). 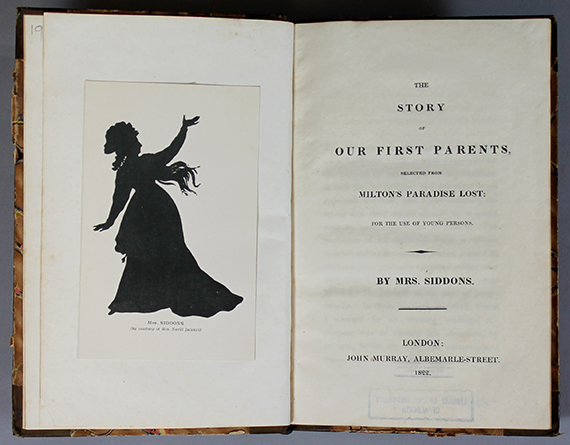